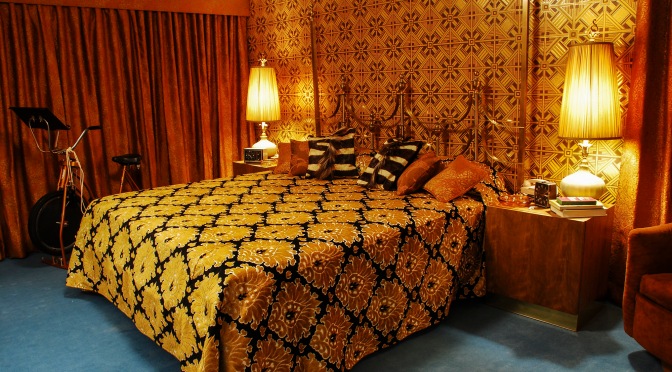 I grown up watching movies like Casino, Boogie Nights, Taxidriver Donnie Brasco or Serpico. When I saw pictures from sets of American Hustle, my heart went crazy. I just love the aesthetics of american 70s, the fashion, the huge cars and especially the colours. I chose American Hustle as first of Academy Awards nominated movie to look behind the camera and talk a little bit about its aesthetics.

Story of American Hustle takes place in late 70s in NYC. As production designer Judy Becker states, its not the same New York as in Taxi driver. It is the world of upper middle class, not world of homeless people, shady existences. Its more clean, more bright, more colourful. It is the world Becker remembers from her childhood as she explains:

“All my earlier sense memories were of Manhattan and Brooklyn in the 1970s – visits to museums and restaurants, coffee shops and the Plaza Palm Court with my parents, visits to my relatives in Sheepshead Bay in Brooklyn, people who were very similar to the Polito family in the movie…”

Becker stressed this out to her team and as general reference chose the film The King of Comedy (1982). King of Comedy takes place in the same place and time so for Judy Becker it was an obvious choice when she wanted to tell a story in different way than people are used to, but was also a bit of challenge to achieve this effect with budget of $40 million.