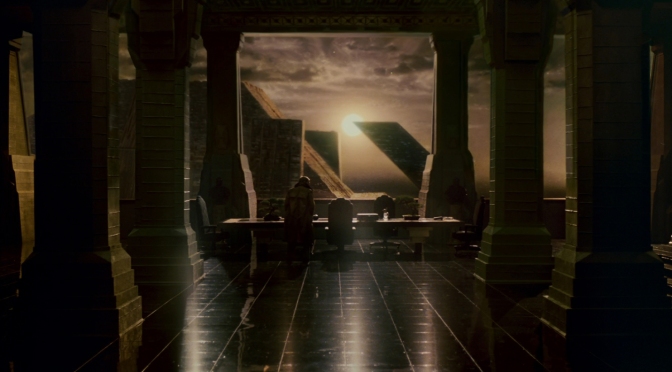 Lawrence G. Paull was born in 1938 in USA. Paull is best known for his work on Ridley Scott’s sci-fi film Blade Runner (1982). This movie is considered as one of production design breaking points and is the project Paull was nominated for Academy Award for production design. In 1982 Oscar went to creators of Ghandi, but Paull won BAFTA together with futurist Syd Mead and VFX inventor Douglas Trumbull. Three years later, Paull was nominated for BAFTA again for his another famous movie – Back to the Future (1985). As majority of production designers, Paull has architecture background, he graduated from architecture faculty of University of Arizona. Shortly after, he discovered that conservative world of architecture is not for him and after seeing Dr. Zhivago (1965), movie that was being set in deep frozen Russia, but being shot in hot spain, movie significant for its art direction, he decided films are his future. in 60s Paull worked as draftsman on numerous productions before he actually started to work as set designer and art director. Later in 70s he made his first movie as production designer called Little Fauss and Big Halsey (1970). Paull was also teaching production design program at Los Angeles film school since 1999 for a short period of time and is a professor at the Chapman University’s Dodge College of Film and Media Arts. 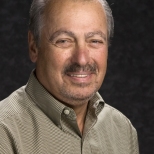 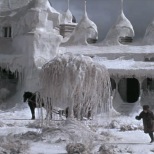 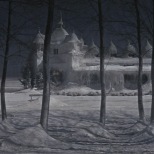 Blade Runner was obviously one of the movies that became part of the history because of its production design. Extraordinary was however the way how the production design was presented to the audience. In that time a lot of production designers were working on huge productions, that had much bigger budget, but at the final edit of the movie, there was not much shown from the expensive sets. As Paull recalls in one of his few interviews:

“Ridley really knew how to appeal to the art department, he was very wise about it. What he would say, up in the art department: ‘If you build it, I’ll shoot it.’ And who could resist the temptation of that? Because we’ve all suffered, making films with gigantic sets, and beautiful sets, and all that is shown are talking heads. And that was disappointing. But because [Ridley] was an art director, he knew he could hook us with that bait. And he did it – if we built it, he shot it.”

Thanks to Ridley Scott’s artistic background, he had understanding for art department, that many of the directors lack. He puts huge effort to make his movies as visually appealing as possible. 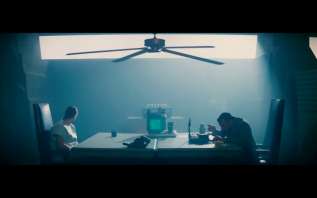 For such a movie as Blade Runner, you cannot give credit to just one person. Creative team was extraordinary. Ridley Scott put together skilful professionals. Fundamental design was made by visual futurist Syd Mead, effects, compositing and matte shots were created by vfx specialist Douglas Trumbull and of course huge piece of visual language used in Blade Runner came from cinematographer Jordan Cronenwet. Paull recieved designs and illustrations by Syd Mead, but due to low budget on the movie, was put in front of a big problem – how can he achieve desired look within dedicated budget. His solution was simple but effective and proved him as great production designer. Paull retrofitted permanent sets of New York streets at Burbank studios, built in 1929. These sets created environments for such classic movies like the Maltese Falcon and the Big Sleep. He added futuristic feel and dressed the sci-fi sets over the existing buildings like onion layers. That allowed him to use money effectively but was also absolutely logical story wise. Paull used the same technique while shooting in Bradbury building, that appeared in many movies before, but had never such a look before. He created with help of his team truly unique storyworld of Blade Runner and this movie was big breakthrough in his career, even though it was paid with huge stress and many problems occurred during shooting, as Paull remembers:

“Working with [Scott] was the first time in my career as a designer that the paint was still wet as the cameras were rolling… …he knew what he wanted, but unfortunately, sometimes it was only like 24 frames before the clapper hit together. And you had that much time to make the changes.”

Shortly after Blade Runner was finished, Paull met first time with director Robert Zemeckis while working on a film Romancing the Stone, that was about to become a blockbuster. Huge success of this movie gave a chance for Zemeckis to work on another successful project, Back to the Future. However Paull was not responsible for design of the iconic DeLorean time machine (that was designed by concept artist Ron Cobb and illustrater Andrew Prevert) but was supervising its construction in Filmtrix workshop. Paull was really tempted with working on sets, that appears in a movie in 80s and 50s. 1950s are considered as peak of America’s golden era and are really significant with its look and visually appealing. Producers wanted to shoot environments of the town Hill Walley on location in Northern Carolina or Texas, however this solution was considered as too complicated and expensive. Paull came with idea of using the town hall square at Universal backlot as Hill Valley and director accepted it. This set remains in Universal studios with some modifications until today. The rest of locations were found in San Fernando Valley and South Pasadena. Back to the Future was number one box office movie of 1985 also thanks to brilliant production design of Lawrence G. Paull. 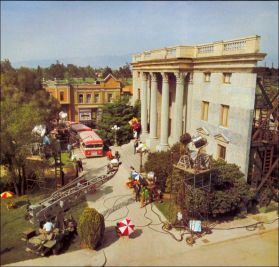 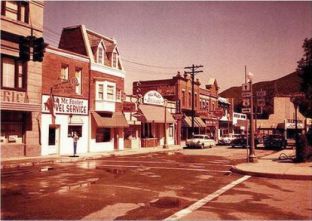 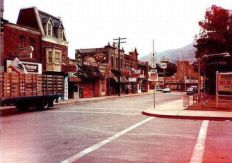 Paull did over 50 movies through his career as production designer or art director, however he is most famous for his sci-fi projects. Later he worked as production designer for Predator 2 and cooperated with John Carpenter on Escape from LA. However Paull will be always credited mainly with one of the best movies in the history of cinematography, Blade Runner.

One thought on “Lawrence G. Paull – PD of Blade Runner”